I started messing with a Qbasic tile based scrolling game using DOS ASCII graphics. I've been sort of on a retro QB binge lately and ran across "QBasic - The RPG" which sort of reminded me of something that would have popped up here back in the day but much more polished. Anyway, I really dug the style of the game so I was curious if I could make something with a similar feel. (At least on the world view)

I don't really have any plans so far for it, I just never attempted to write a tile based scrolling game before. The ones that have been tile based before have been screen by screen style like Zelda on NES (that I can remember... at least in QB!) so I figured I'd give it a shot. So far I have the "game" which loads the set map file (using BLOAD) and allows the player to move around. The world scrolls as the player moves about the map. Also, collision detection is handled where tiles are marked as "blocking" or not in the editor.

I also I have the editor where you can set the foreground color, background color, ASCII character code and flag if the tile is blocking or not. You can also set the file name to save to. All saving is done via BSAVE. I don't currently have the scrolling implemented in the editor yet so it can't build a full map (yet). I'm also going to add loading so you can edit preexisting map files.

So far, it works pretty well. I'm not really sure where I'm going to go with this as I don't have the time to work on a full story or anything. Maybe go the action/rpg route and just make it really simple? Who knows. :)

Anyway... here's a screen shot of the editor in action: 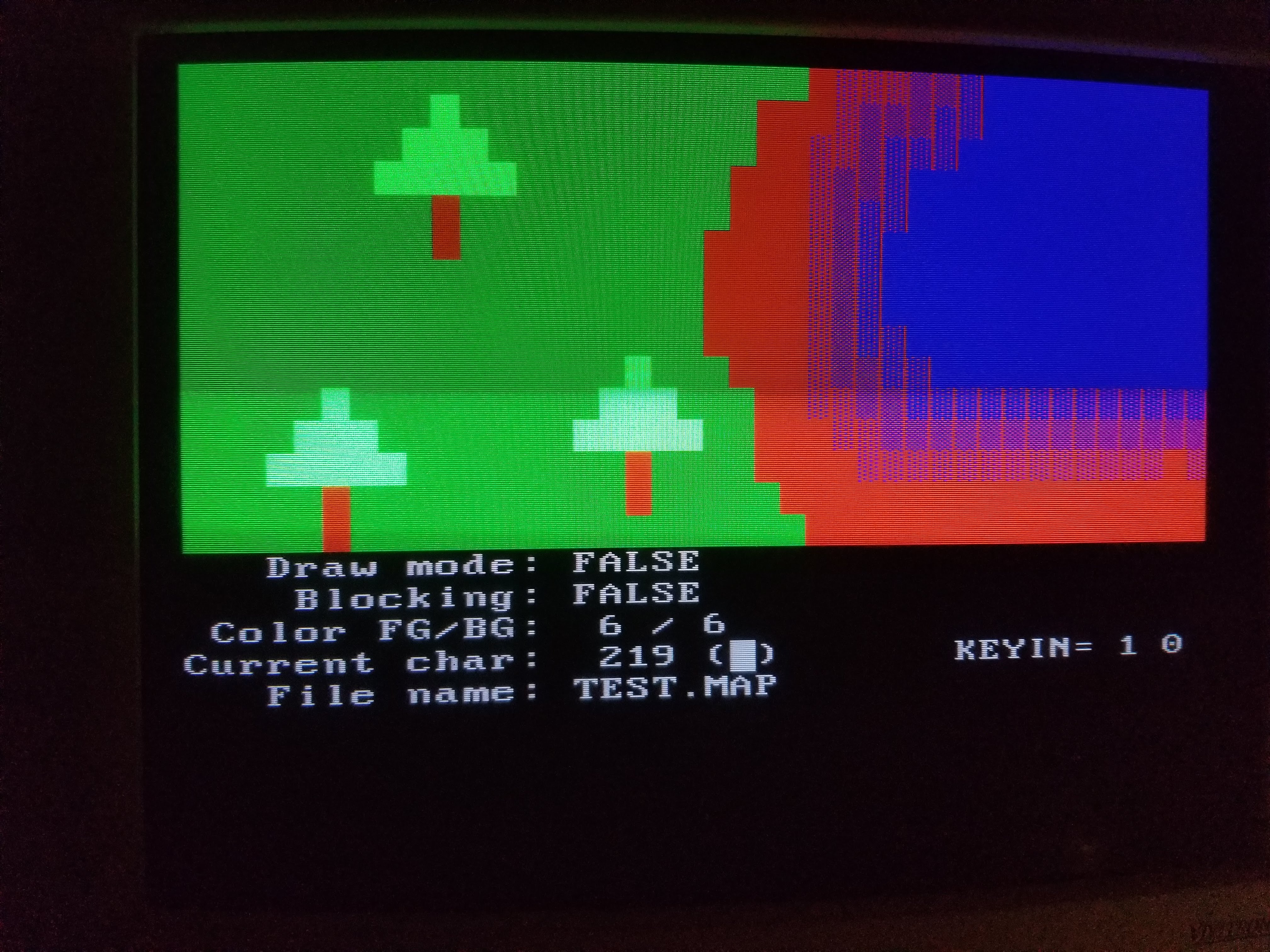 Here's a video of the "game play" in the screen created by the editor:


(Video/screenshot quality is bad because of using my phone on a CRT on my 486. My friend was throwing one away and I'd been looking for one for my 486 because switching between Windows and full screen DOS mode and back would leave the LCD monitor in "Input Not Supported" mode with no way to get the display back without restarting. This CRT is definitely at EOL but it works well enough for now...)

Edit: I guess those pine trees are so common because they're easy to draw. haha. Qbasic RPG uses them, this uses them and so does my Atari 2600 game that I was working on last summer! 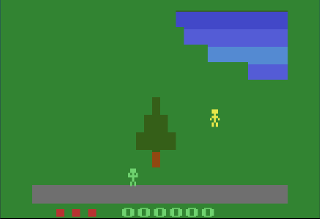