So I've been half-assed working on a version of Wry that runs on Monochrome so I can play it on my IBM XT. My main XT only had the IBM monochrome card in so the star field in the background and screen 12 calls caused the game to crash. (There is a surprising number of them!)

For some reason I remembered that Qbasic looked different on my back up XT. Instead of the black background and green text it was a dark green background with a lighter green text. I figured that the backup XT must have had some different video setting even though both were monochrome and using a 5151 monitor.

I decided to swap cards tonight from my spare XT to my main XT to get the extra video modes. I'm glad I did. It really helps add to what is available to run having some sort of graphics ability. Unfortunately DOS Shell becomes a blinky mess in this mode... What's weird is it doesn't let you pick color settings at all (there's one specifically for monochrome). I'm guessing it's acting as it's displayed in gray scale so DOS Shell doesn't feel like a color option should be available? Weird. ..oh well.

I still plan on releasing Wry Monochrome this month just for the hell of it (all modified on the XT even though it takes forever to save and bind when running). There's no additional game play tweaks except that it will run on an original IBM MDA video card.

IBM MDA card that has now been put in my spare XT: 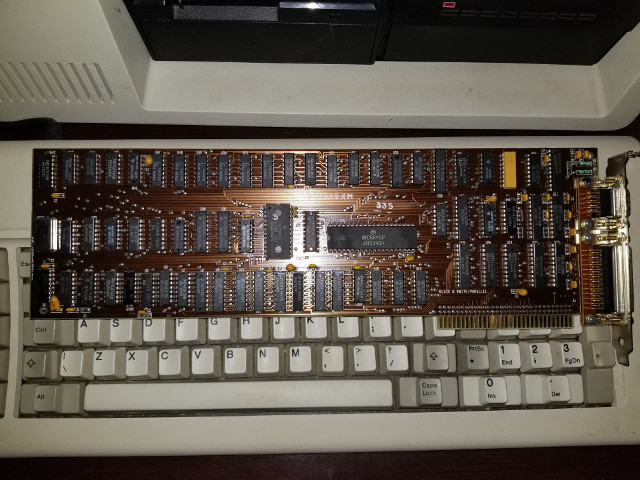 Closer image of the main chip: 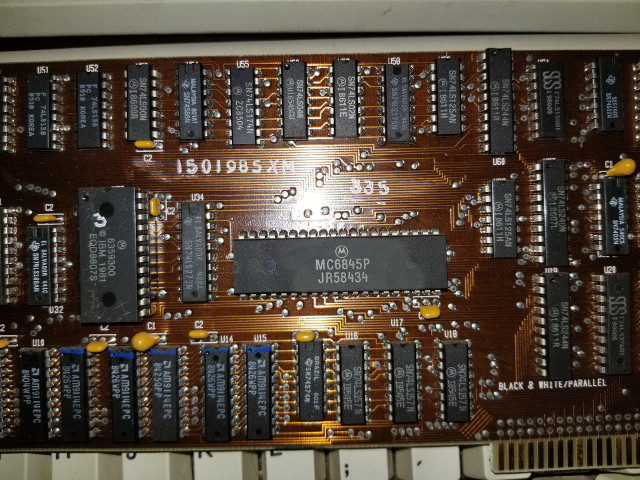 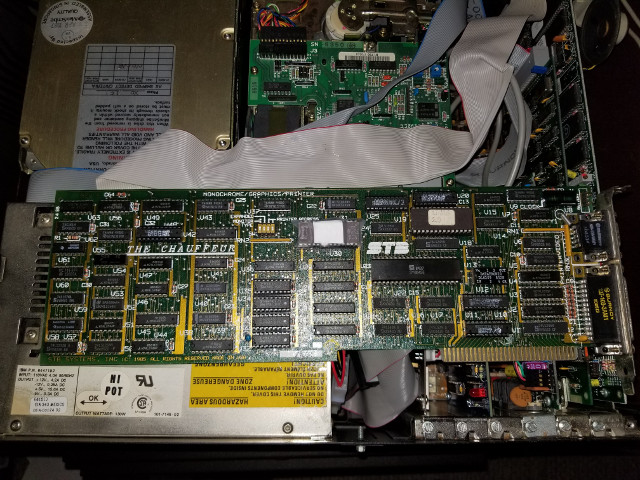 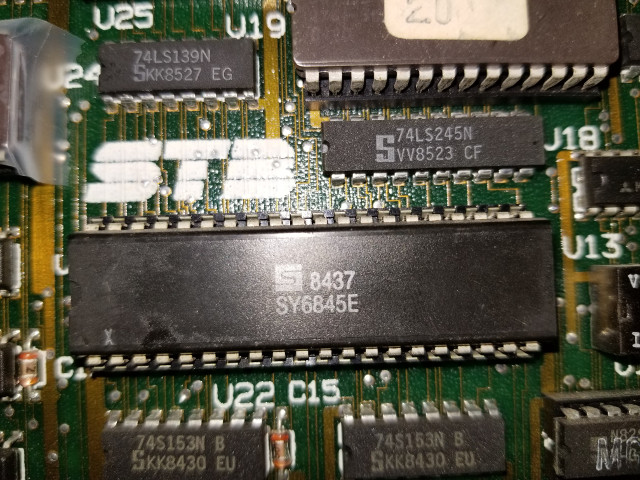 Like I said, it works really well except DOS Shell. Everything else seems okay. It's nice to be able to load things with some basic graphics even if, IMO, CGA is the most disgusting looking graphics possible on IBM 8-bit. Low res is super low and when you have a CGA monitor and the colors are able to be represented, they're always gross. Being able to handle some form of graphics is better than nothing though..

Edit: Qbasic lets you switch between monochrome mode and color mode with "/B" for monochrome or "/G" for graphics/color mode at launch. I was curious how to switch back to monochrome mode after switching cards (it autodetects I guess the best one by default).