Chip came earlier than expected from Hong Kong (Was originally expected to arrive 02/21).

With some contact cleaner, I installed the new chip.

I was mistaken, the socket didn't say it JUST took a 487, it just said "Upgrade socket" with jumpers specific to the 487. Interestingly enough it has the upgrade socket as well as the Weitek chip math co-processor upgrade. Those CPUs are apparently rare and only actually work on a small number of CAD software. Also the fact the board takes both chips is also pretty rare and usually only in "higher end" boards. This computer wasn't really a top of the line machine, but I guess it wasn't as "meh" as I always thought either...

Before CPU was installed: 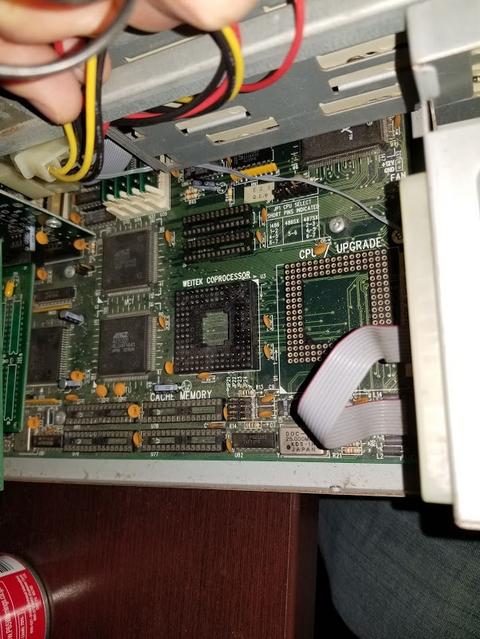 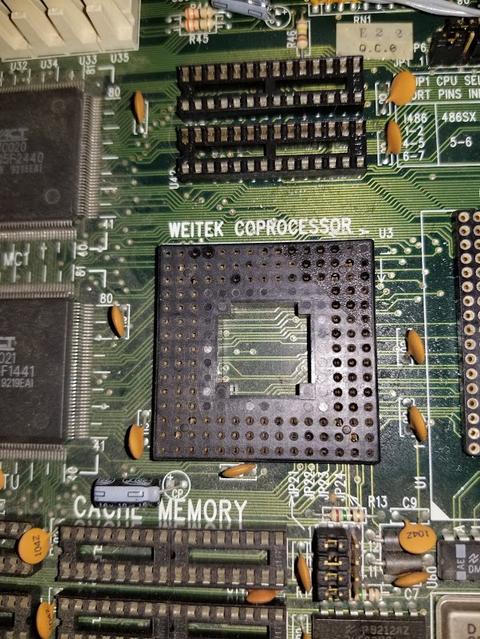 The ODP486-25SX Overdrive CPU installed and jumpers moved. You can see the 486SX-25 surface mounted CPU peaking out from under the floppy disk bay in the top part of pic: 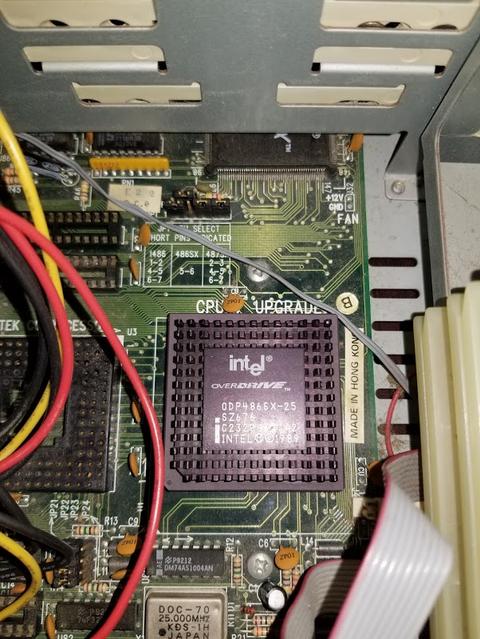 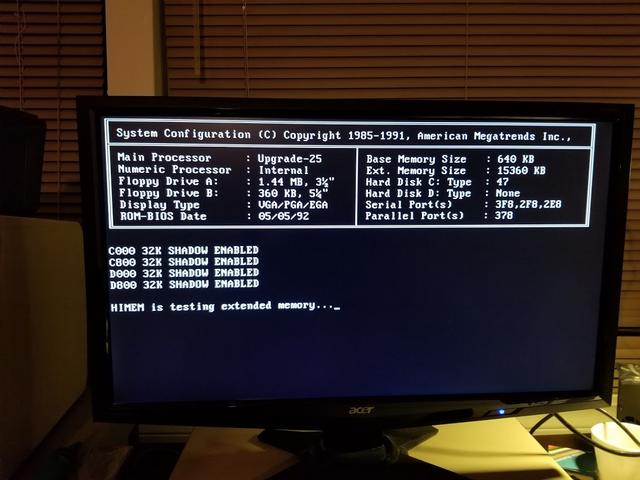 This cache memory also isn't populated. I'd love to populate this as well but I'm not sure what chips would fit here. Any ideas? 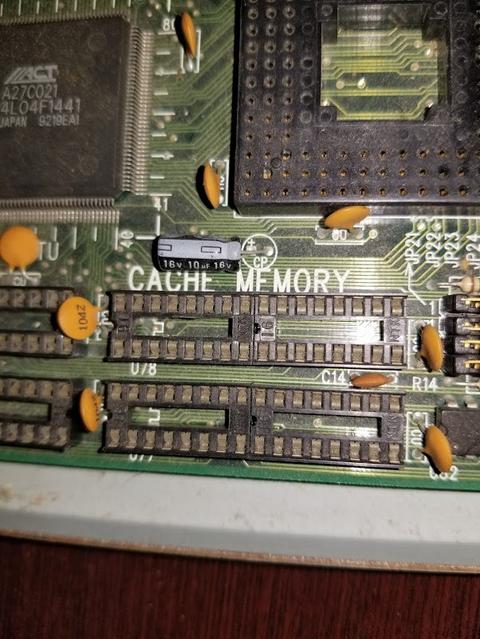 The upgrade to the new chip is super noticeable. I can now play Doom in full screen with Hi-res enabled without any slow down. Previously, I would have to play in low-res in a 1/2 sized window when sound was on or a mostly full window in low-res without sound to be playable.

Duke3d is actually playable as well. The first level is playable in hi-res full screen. There's some serious slow down in larger levels though where even low res is "meh". The fact it's playable at all is super impressive though. Previously, even in the smallest window in low-res it was still basically a slide show.

Checking some benchmarks it's now reported as a 486DX2-50MHz which is cool. The 75MHz option would have been better but the price difference isn't worth it. I'm sort of bummed I didn't do this 20 years ago when I actually used that computer daily.. especially now that I know that it could have taken any 486 chip in the upgrade socket.


Edit: Side note. The 5 1/4 floppy is currently a 360k because I use it to copy files to my XT. There's also a 1.2MB 5 1/4 floppy in the computer but it's not hooked up because there's not any more cables to hook any more drives up.